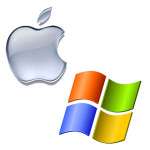 External drives are designed, tested and supported to work with desktop and laptop computers, but they also may be used with many other devices such as:

That’s why before buying new external drive which will be used in cooperation with devices other than a computer, we recommend consulting the manufacturer of your device to understand what limitations may exist.

In current article we will take a look at common limitations, such as:

If you jump from Windows and Mac computers in your day-to-day routine, you might want an external hard drive that can operate both with Windows and Mac operating systems.

Windows cannot read Macs HFS+ file system. Macs can read Windows NTFS file system, but can’t write to such drives unless you install a third-party driver. So, consider this when buying your external hard drive. But both types of computers can read the exFAT/FAT32 file system. If you operate in both operating system environments, just format your hard drive to the exFAT file system.

FAT32 is the file system with which most windows users are most familiar. Windows first supported FAT32 with Windows 95 OSR2 and increased support for it through XP.

Where could be some troubles with understanding exFAT file system on Mac computers using older operating system than OS X. In this case format your drive in FAT32 file system.

Backup any data on the external hard drive you want to keep on another device before formatting. Formatting a hard drive will erase all data that’s stored on it. FAT32-formatted drives also work for PC-and-Mac sharing, in particular with older versions of both operating systems. However, Microsoft recommends against using FAT32 whenever possible in favor of exFAT.